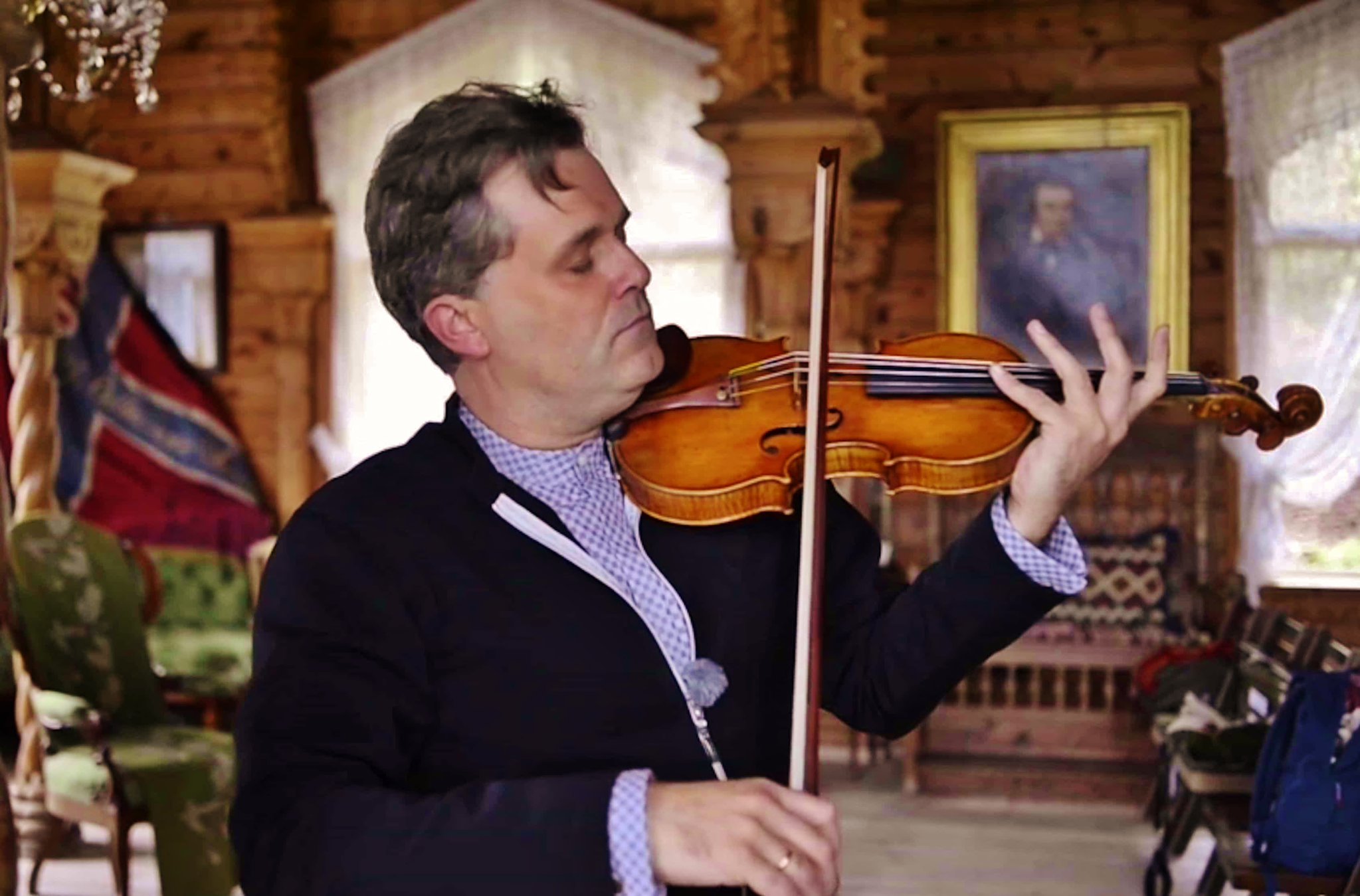 It began life as a conventional three-movement work, but developed into a series of nine ‘Episodes’, of which Episodes 7 and 9 share very similar fast material.  The work opens with an Introduction and ends with a Coda.

Episode 5 is adapted from a movement of a previously sketched work by Gregory, Totentanz Berlin, for tenor solo, obliggato violin and a choir of female voices. In the Concerto the role of the tenor is taken by a horn and the female choir is represented by the woodwinds.

Reviews of the premiere spoke of it being ‘full of energy, emotion and panache’ (Barry Creasy, Music OMH) and praised the balance between ‘the melodic lyricism of the violin part and the chaos of the dense orchestral accompaniments’ (Lewis Wolstanholme, Musical Opinion).

The piece was recorded by Sheppard Skærved with the Royal Ballet Sinfonia in Autumn 2019 and will be released by Toccata Classics in 2020.

A perusal score is available on request.